Did you know that like us humans, dogs can be either right-paw or left-paw dominant or ambidextrous?  To learn which is the dominant paw, pay attention to which paw is used to do things like give high-fives or steadying toys.

I don’t remember why, but I do remember that when I was growing up there was a bit of a bias against the left-handed people,  particularly in school.  Going back further my mum remembers that during her school days the nuns would actually hit children’s knuckles if they used their left hand to write.  Do you remember this?  Do you remember why? Mmmmm I digress.

Strangely, researchers have found that the bias might be alive and well in dogs too. Their research found that left-pawed dogs tend to be more wary, even aggressive, toward strangers, and even though it’s a relatively slight correlation, most guide and service dogs are right-pawed or ambidextrous – they weed out the left-pawed dogs due to temperament. Does this match your dog’s behaviour?

There also seems to be a connection between how dominant your dog’s paw preference is, and how brave she is. Dogs that are ambidextrous tended to be more anxious, while dogs with a strong preference to a dominant paw were quicker to adjust to new situations and less easily rattled. 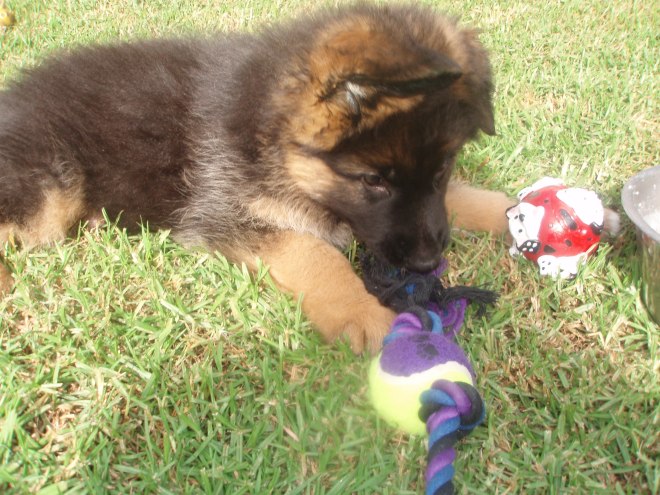